Malaysians looking to invest in Singapore

Malaysians are increasingly looking to Singapore for investment properties. This according to global property consulting firm Knight Frank. Speaking at the launch of the 12th edition of The Wealth Report in Malaysia, Knight Frank Malaysia executive director James Buckley said that besides Singapore, such investors were looking at other mature markets like UK and Australia.

The Malaysian investors were not only looking at traditional property sectors  such as residential, office, retail and hotels, but are also diversifying their search for investment properties by looking into purpose built student accommodation, Mr Buckley said. 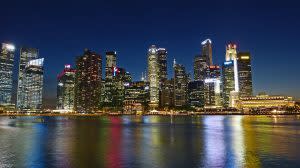 Image credit: Pixabay
“Increasing student numbers and a structural under supply have driven rental growth and occupancy. Education is less correlated to the health of the general economy which investors are also attracted to,” added Knight Frank Malaysia executive director James Buckley.

Student accommodation offers better returns as investment properties than offices and residential housing, are recession-proof and a great diversifier in any portfolio. Singapore was the largest cross-border investor in student housing assets globally in 2016, with our sovereign wealth fund GIC partnering global student accommodation specialists to buy such investment properties in Europe, Australia and America.
Knight Frank Malaysia associate director, international project marketing Dominic Heaton-Watson said for the London market, Malaysians are targeting city fringe locations that have connectivity and linked to rail, as well as high yield assets in east London.

“Malaysians are investing in London for a few reasons. Firstly, they are looking at prime site assets that offer high yields, and secondly, it’s for diversification,” he said.
Brexit fears appear to have had little impact on investment in student accommodation in the UK with levels increasing by 17 per cent in the year 2017. According to Mr Heaton-Watson, London still ranked No 2 in the future economic performance category.

“This is due in part to the impressive growth of the creative and tech sectors as well as large-scale infrastructure investment,” he said.
According to data provided by Wealth X for The Wealth Report the number of ultra-wealthy individuals – those with US$50 million or more in net assets – increased by 10 per cent in 2017, equivalent to 11,630 individuals, taking the global population to 129,730.
Asia has overtaken Europe in absolute numbers of ultra-wealthy individuals. As at end of 2017, Asia boasted 35,880 ultra-wealthy individuals compared to 35,180 in Europe.
According to the Report Singapore is at the fifth spot on an overall global ranking as a favoured destination for property investments among the world’s ultra wealthy. In the Report’s ranking of the cities that matter most to the ultra wealthy, Singapore also took fifth spot. It was the only city in Asia which occupied the top 5 spots.

Taken from Yahoo Open Source.
Posted by The Seeker at 3:34 PM No comments: Links to this post

Non landed private residential resale market continued to weaken as loan curbs and cooling measures weighed in on sentiments. Transaction volume remained low. Prices dipped 0.7 percent last month from March. A total of 440 non landed private residential units were resold last month -  a 2.7 percent drop from the 452 units in March, SRX data showed. The largest drop was registered to come from OCR region (Outside Central Region) with a 1.5 percent price drop. This could be due to the greater supply of units compared to other regions. Prices in the Core Central Region dipped 0.1 percent and remained stable whereas city fringe (RCR) registered 0.4 percent dip.
Posted by The Seeker at 10:20 PM No comments: Links to this post

After a steady decline in resale prices of HDB flats, the resale volume is finally seen to pick up in April. This might signal the market is bottoming out. As more upgraders let go of old units, new launches of BTO (Built to order) flats subside, and seller's expectations become more realistic, prices are likely to stabilise by the second half of the year. Figures released by the Singapore Real Estate Exchange (SRX Property) showed 1610 HDB flats changing hands up 19.3 percent from March's 1349 units. This came as resale prices rose 0.2 percent month on month after dipping 0.8 percent in March. However, it remains to be prudent as this might just be a signal that most sellers are potentially looking at a potential dip in future prices amidst the greater supply in the coming years.
Posted by The Seeker at 3:13 PM No comments: Links to this post

A string of poor PMI figures hit Asia on Monday. Singapore was no exception. Its PMI (purchasing manager's indices) - a barometer of industrial activity - fell to a more than two year low of 49.4 indicating a fifth month of industrial contraction. The declines were in both local and abroad orders. Production output fell together with stocks of finished goods. Employment continued to fall. South Korea fell too. Both India and Taiwan slipped. Currently, the transport engineering - and in particular, marine and offshore engineering are likely to remain weak in the coming months. This is also seen in the electronics sector. On a related note, China's April HSBC PMI hits lowest in a year.
Posted by The Seeker at 2:58 PM No comments: Links to this post

Kitchen Design
Everything you need to know about Interior Design. Redecorating your home made easy.

Want to Calculate how much your Mortgage is Worth?